The Swiss-American Chamber of Commerce Events Past Events

We are pleased to extend the Swiss Club Miami invitation to Diccon Bewes book presentation coming up May 26, 2022 at 6:30pm at Books & Books in Coral Gables. We hope you can join us!

We have the pleasure to announce the visit of best-selling Swiss author Diccon Bewes with a talk about Swissness and what it means, both from an insider point of view and from the outside. Being British as well, Diccon Bewes offers a very entertaining insight on Switzerland with that unique British humor. He is often referred to as “The Englishman who makes the Swiss laugh” and has written several books about Switzerland. So come and join us for what promises to be a truly entertaining evening!

If you wish to have your books signed by the Author please pre order by clicking here.
For more info about Diccon Bewes please visit his website. 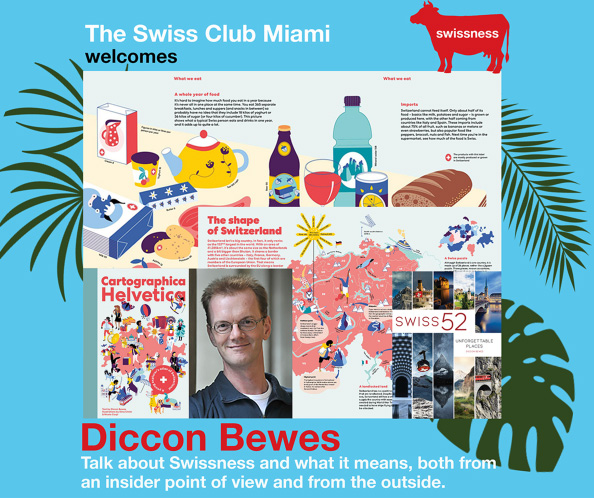 This prestigious price is awarded to exceptional personalities who have made great contributions between the Sister Republics Switzerland and the USA.

This prestigious price is awarded to exceptional personalities who have made great contributions between the Sister Republics Switzerland and the USA.

This year the award went to Hansjörg Wyss, entrepreneur and philanthrope who as Chairman of the Wyss Foundation has made large contributions to academic institutions in Switzerland and the USA and has steered crucial innovations to success.

Our Board Member, Schumetta McLendon assisted to the Ceremony in Geneva, and she kindly share with us her experience.

I wanted to go back to Switzerland after travel opened up again and the Gallatin Award was an excellent opportunity to meet people in the Chamber from other chapters.

Before the event began, we had time to socialize and learn about some of the projects the Wyss Foundation is supporting.

What impressed me the most was the kindness of the Chamber members and the time and dedication of the scientific teams to their projects.  One guest was a gentleman who helped me with my luggage on the train just an hour earlier.  As I spoke to the Wyss Foundation researchers, their commitment to their work was evident.  I am looking forward to seeing how their projects benefit the lives of many in the future.

I found the speeches during the award ceremony to be sincere and heartfelt.

University Presidents, Prof. Martin Vetterli and Prof. Joël Mesot, were a pleasant surprise.  They were quite funny in their presentation and it was nice to see the collaboration between EPFL and ETHZ to honor Hans Jörg Wyss.

Although it was not confirmed at the time, it appears that the Presidents got their wish for Mr. Wyss to become an owner of Chelsea FC.  Hopefully, they will get their second wish for Chelsea to keep N’golo Kante.  They also reminded us that FC Barcelona was founded by Swiss businessman, Joan Gamper.

National Councilor Isabelle Moret spoke eloquently about her region’s contributions to Swiss American relations.  I was not familiar with Ms. Moret prior to the event and I’m always happy to see women represented in leadership positions.

Hans Jörg Wyss’ acceptance speech embodied a spirit of entreprenuership, ingenuity, and generosity that clearly showed why he is the recipient of the Gallatin Award.  He reflected on the past while also urging us to consider the impacts that our actions have on the future.

The closing remarks by Silvio Napoli, CEO of Schindler and Chairman of the Swiss-American Chamber of Commerce, honored Mr. Wyss’ legacy in Switzerland and the US.  He also shared how Mr. Wyss was a personal inspiration in his professional life as an engineer and Harvard graduate, which are two things they have in common.

It was quite touching to see the respect that Mr. Wyss was given by Mr Napoli and all of the speakers.

At the end of the evening, I was fortunate to meet Liana Wild-Soldati, the Chamber Events Manager, and Alexandra Syz, Martin Naville’s new Assistant.  They organized a wonderful evening and I hope to see them in person again soon. 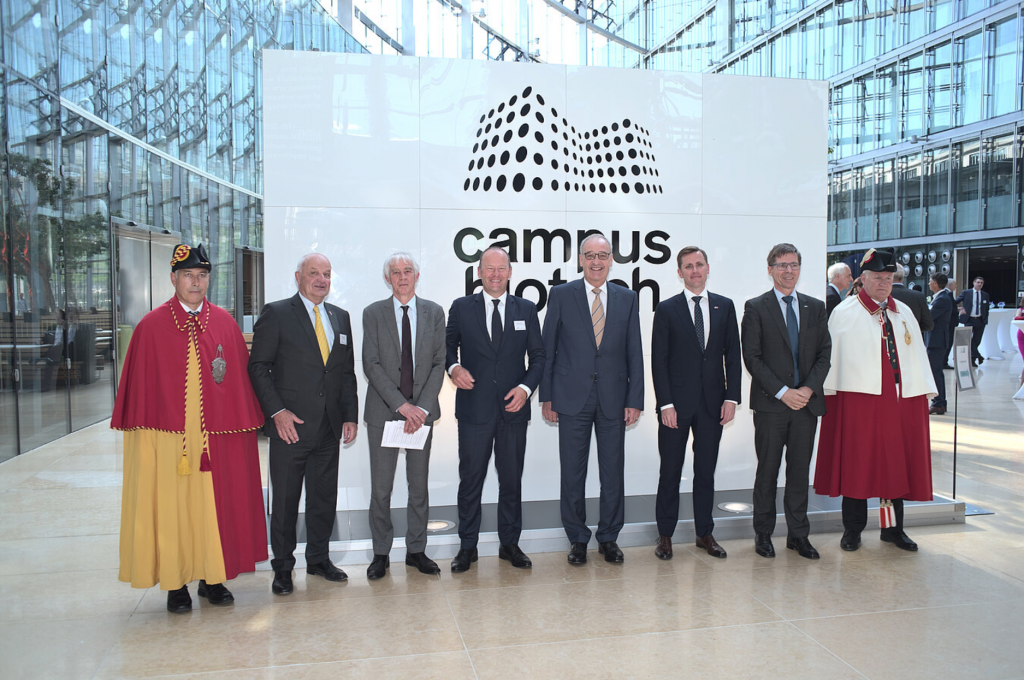 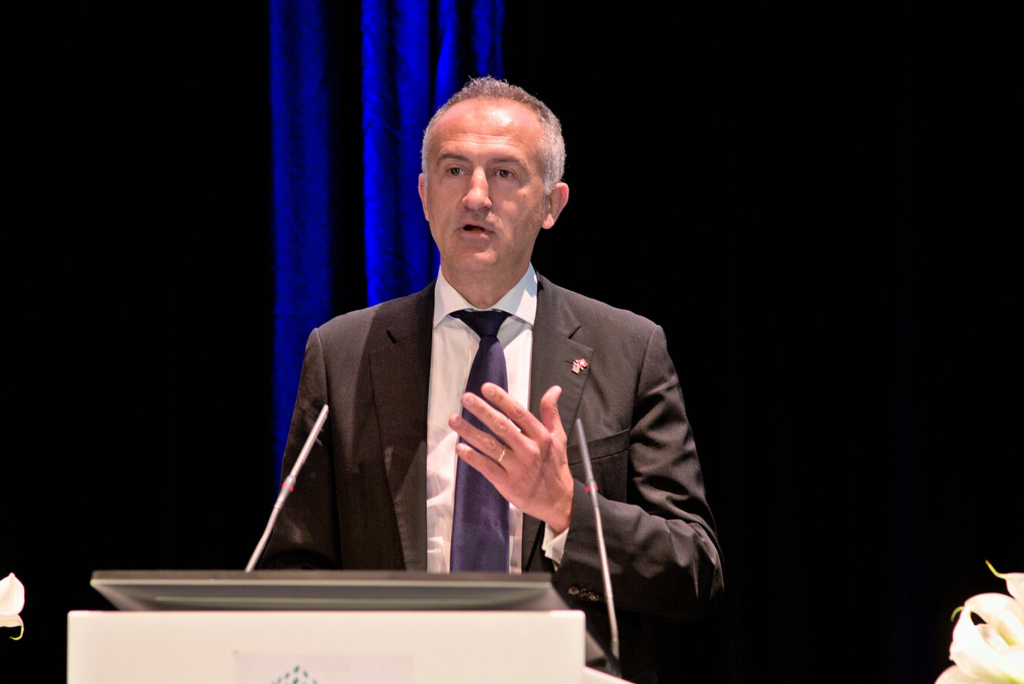 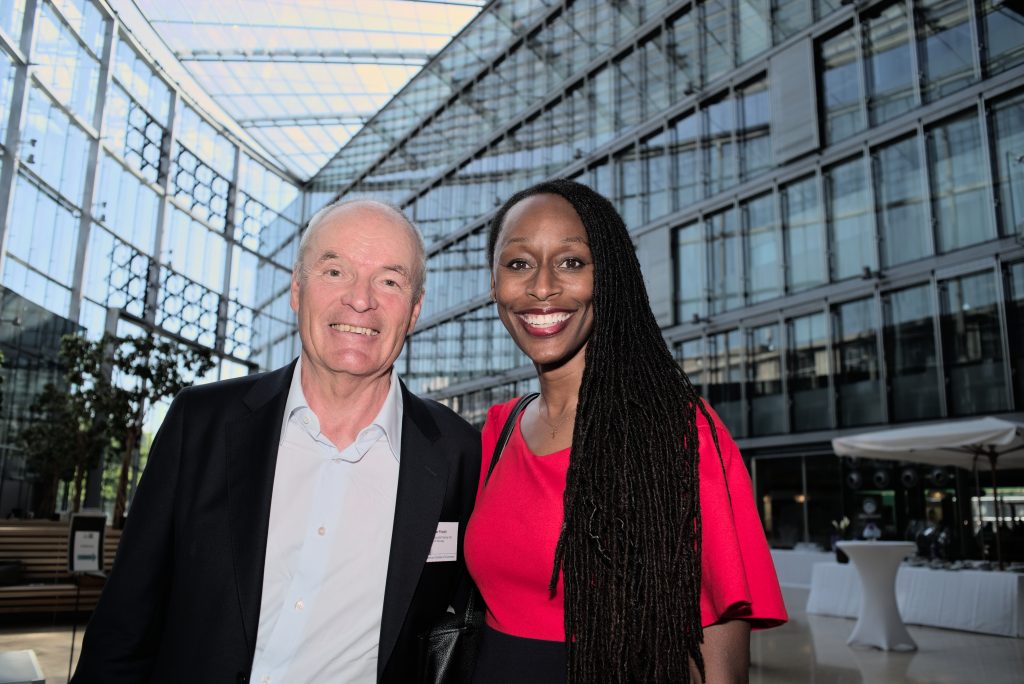 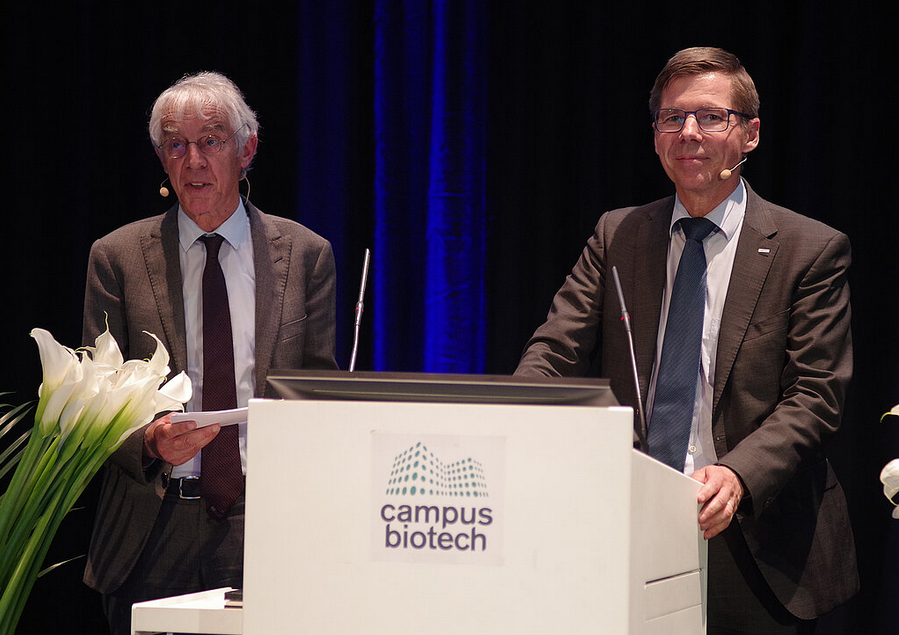 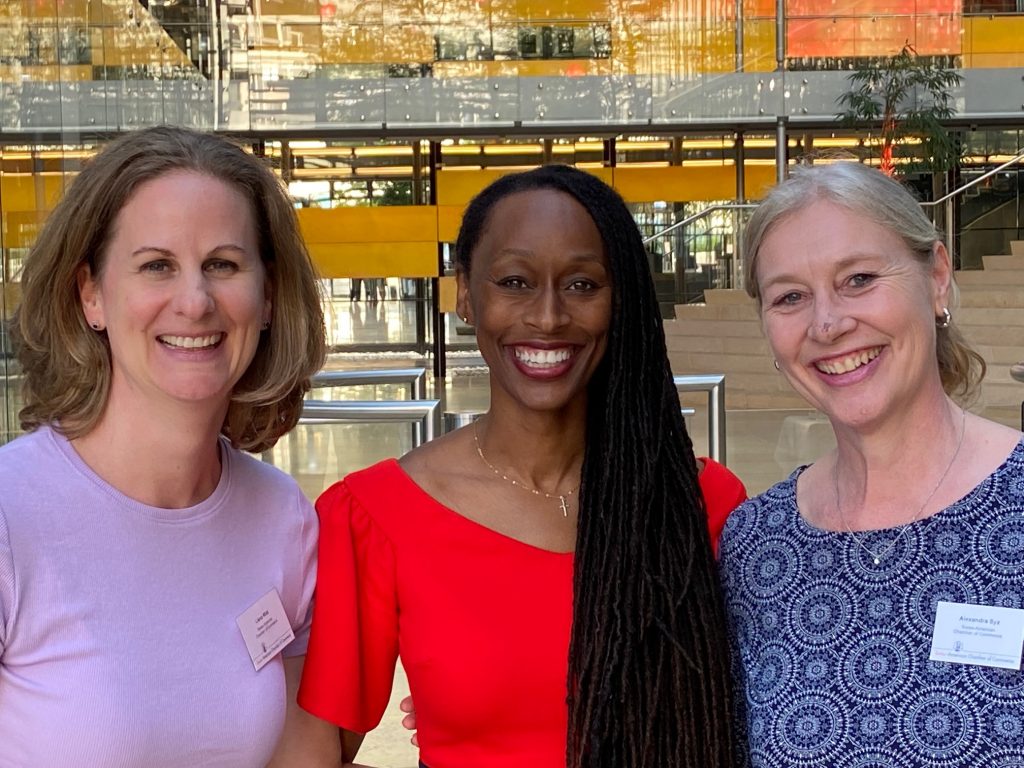 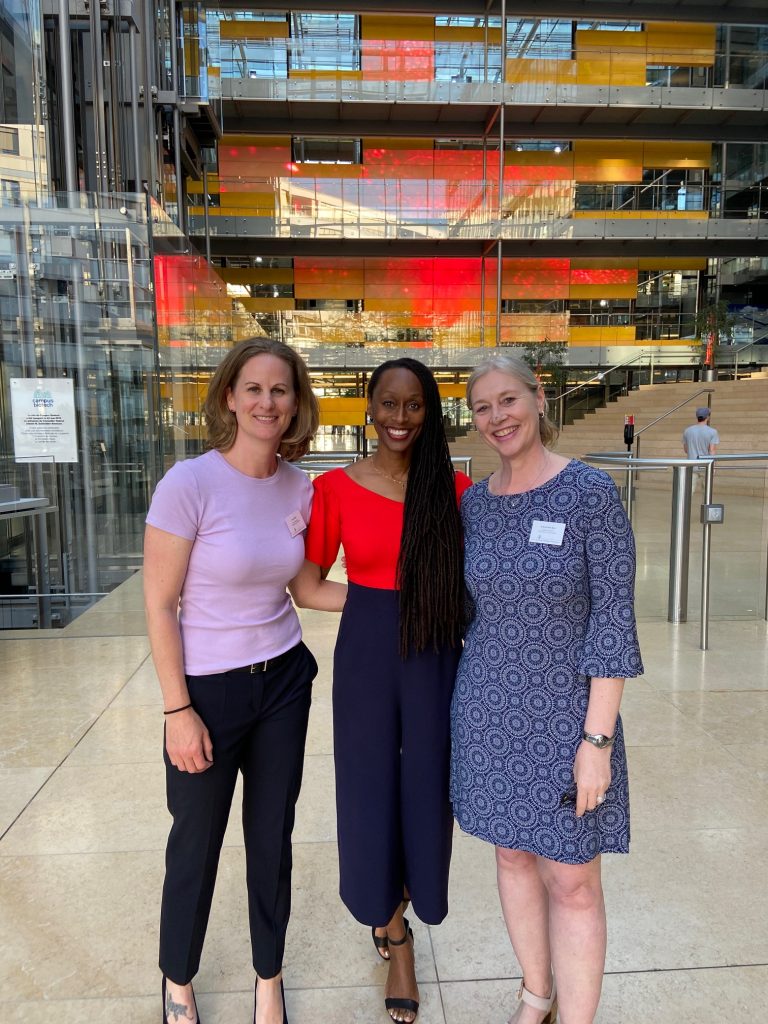 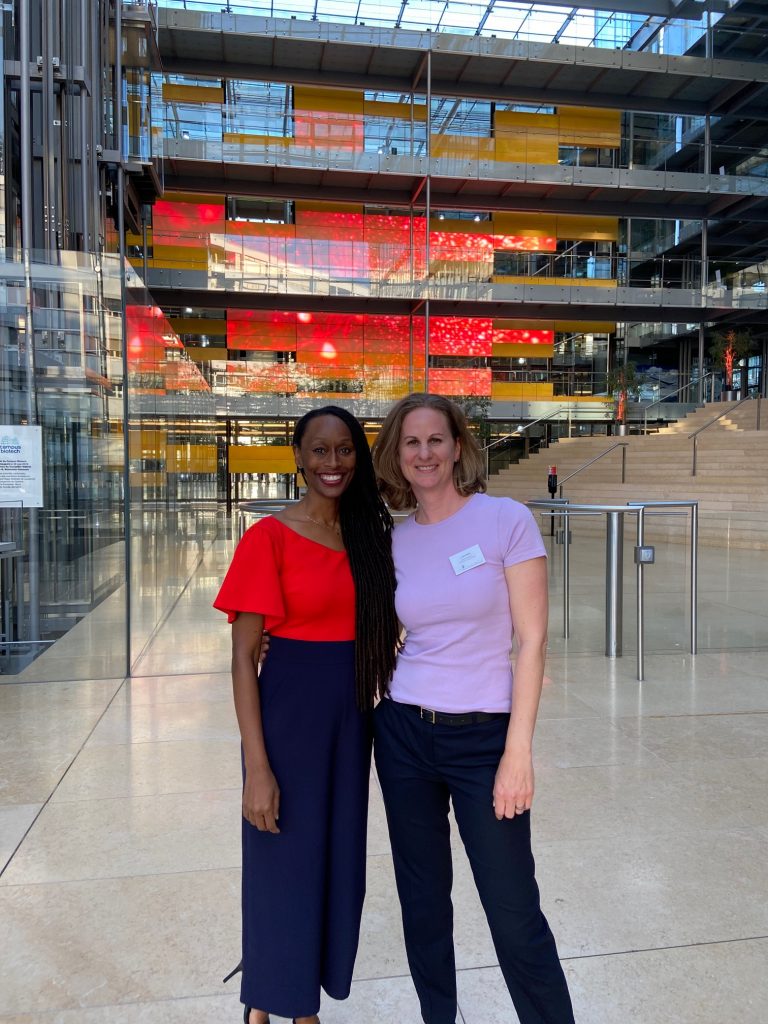 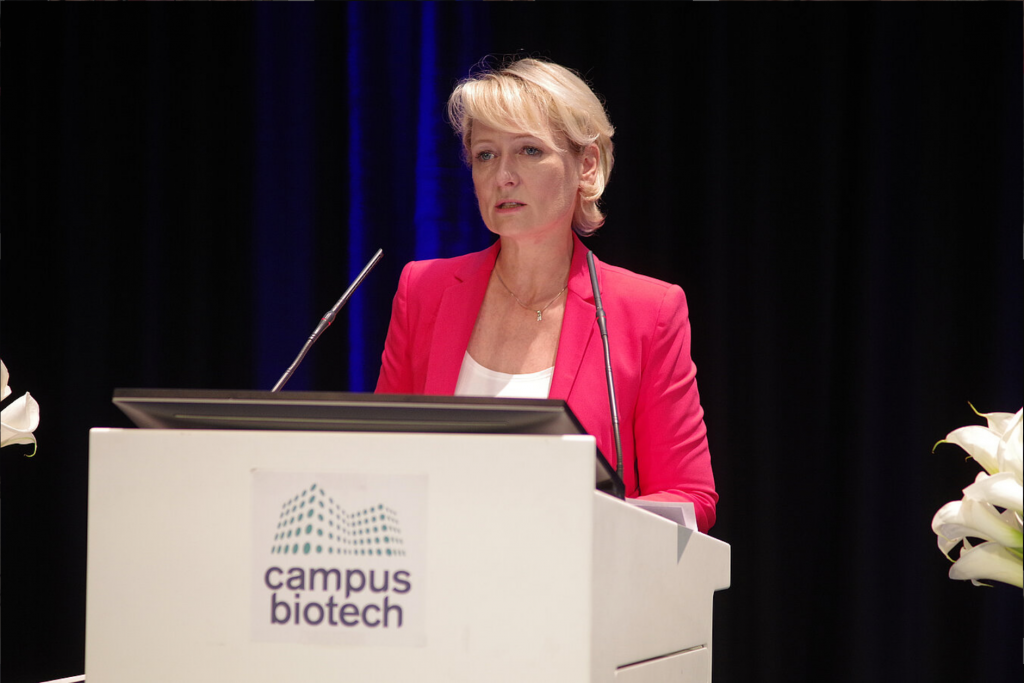 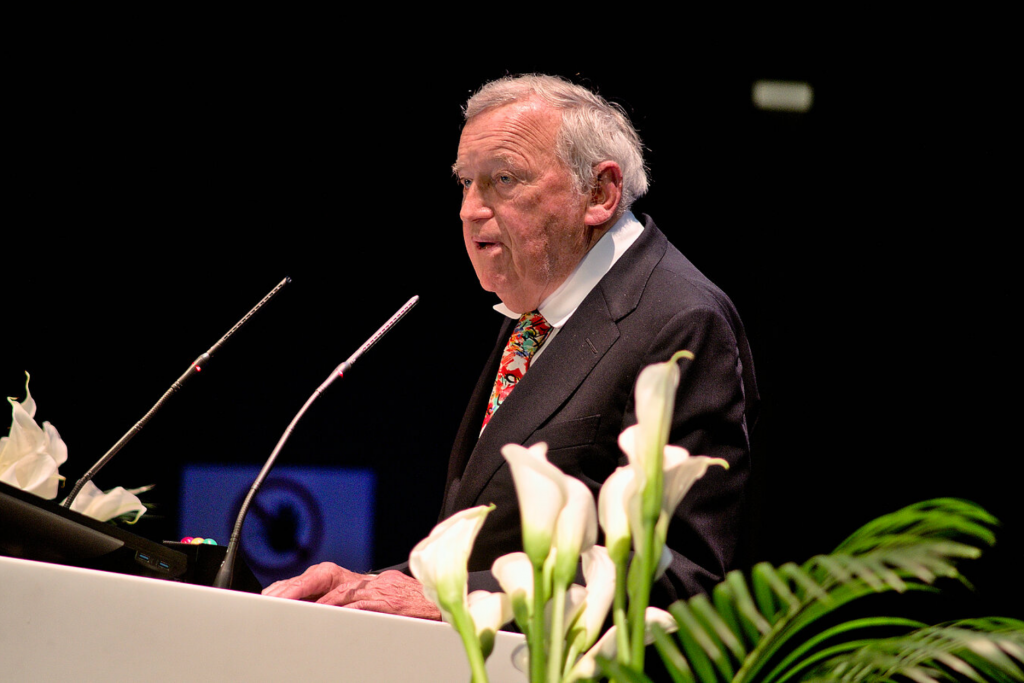 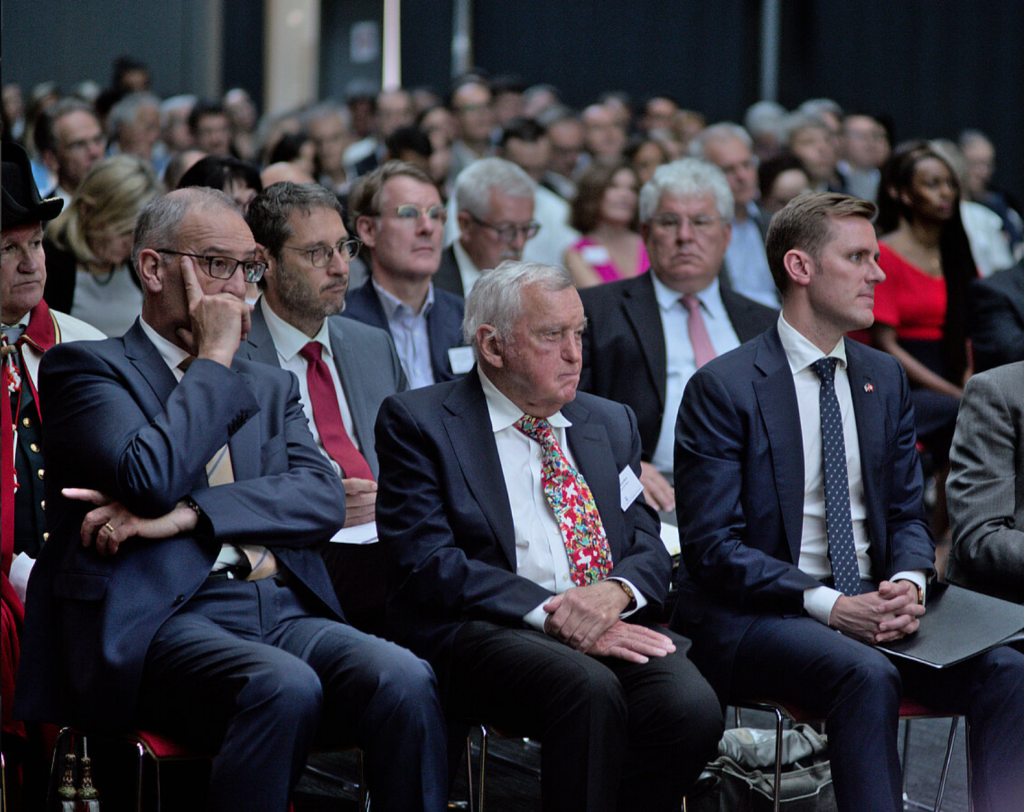 The SACCFL hosted a cocktail reception for Lorenz Merz and Pablo Caprez who were personally present to attend the showing of the only Swiss film at this year’s Miami Film Festival.

‘Soul of a Beast’, directed by Lorenz Merz with Pablo Caprez in the leading role, was shown on Saturday, March 5, 2022 at the Silverspot Cinema in Miami Downtown. ‘Soul of a Beast’ is a love story, a pulsating affair set in a crumbling urban world and following a delirious summer rush.

After the film screening and a Q&A session that took place immediately after the showing at the cinema, both Lorenz Merz and Pablo Caprez joined the Swiss American Chamber of Commerce, Florida Chapter for a cocktail reception at the Cubaocho Art Cafe, one of the iconic landmarks in Little Havana, where art, music, dance, cigars and mojitos converge.

We would like to say thank you to the management of Cubaocho who were extremely forthcoming in hosting us and making us feel at home. We would also like to thank Pablo and Lorenz for being such nice guests of honor. 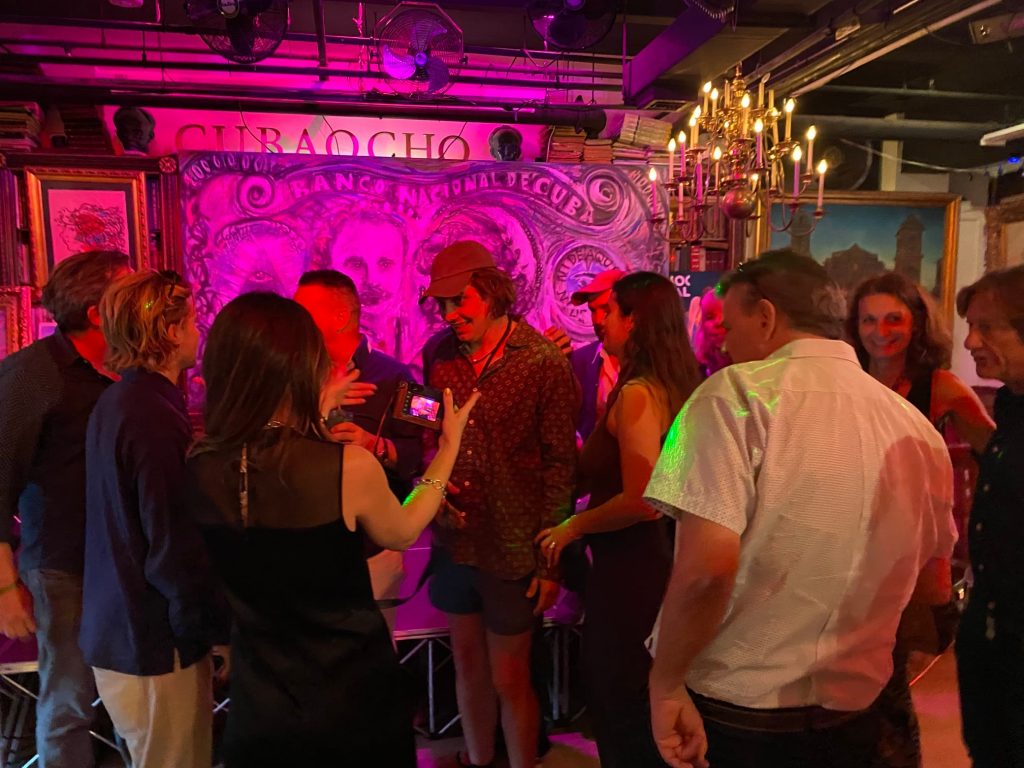 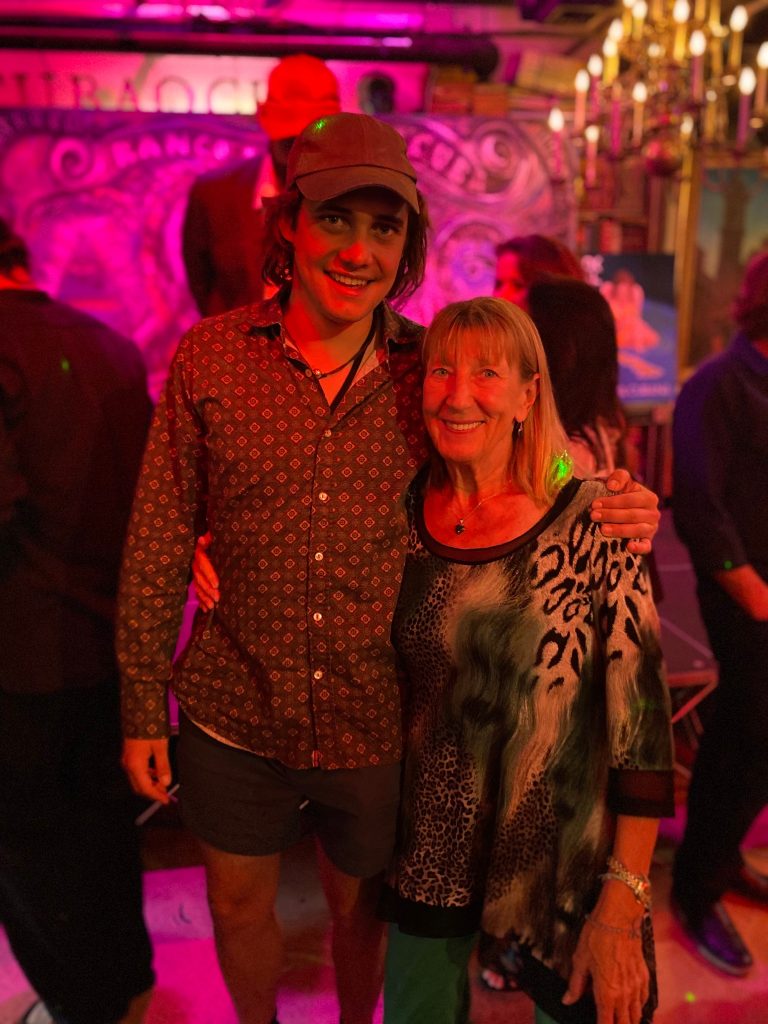 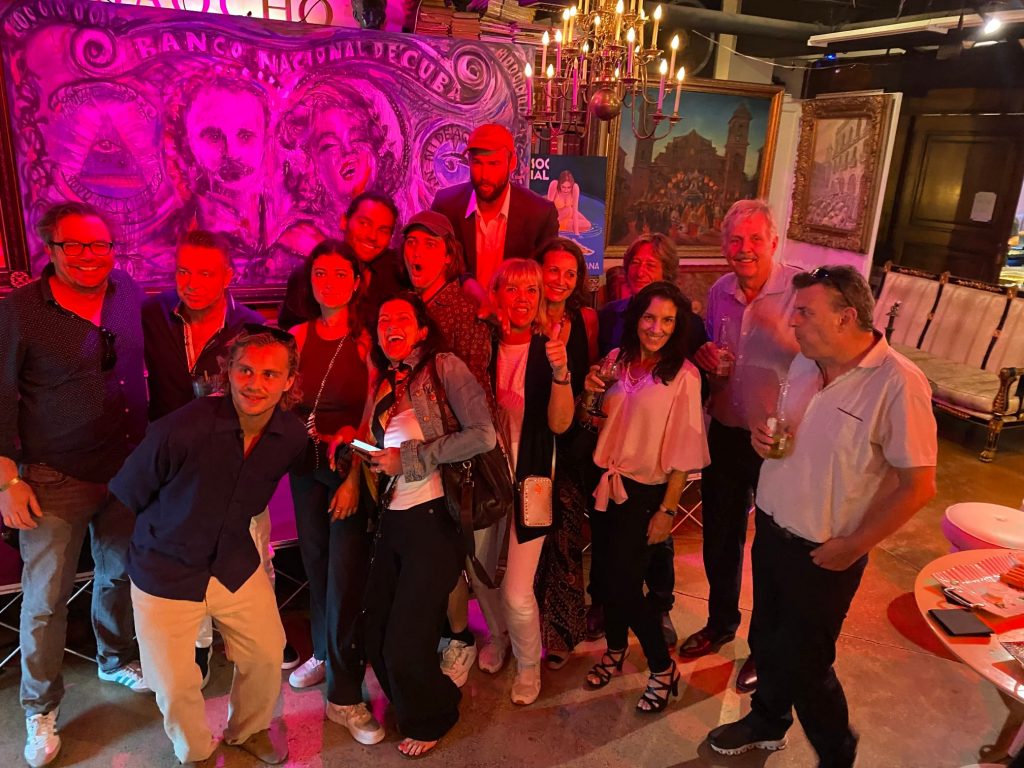 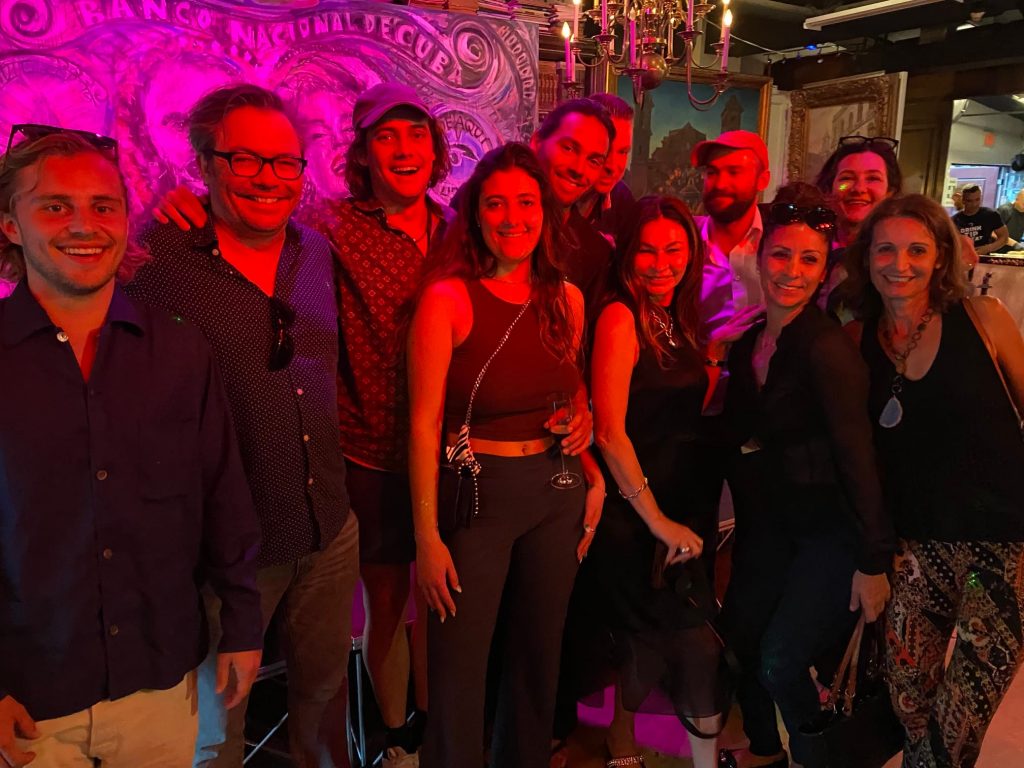 See Past Events in Florida

See All Past Events